Miami and Miami Beach are unlike anywhere else in the world. Six time mayor of Miami Maurice Ferre once described the city as follows: “If you look at America, together with South America and Central America and the Caribbean, Miami becomes central; domestically (it is) not important but internationally, it is.” Miami has been critiqued and criticized by its urban American counterparts for decades, yet these “outsiders” fail to recognize that this complicated and layered seaside paradise doesn’t play on the same field. Miami is not “America”, per se, but rather an international safehouse that remains dedicated to maintaining the variety of cultures it represents. Joked about as the “Capital of South America”, Miami and Miami Beach depict traditions far outside the South American spectrum, with pockets dedicated to Haiti, Italy, Russia and more.

If you are planning to make the move to Miami or its Beaches, or if you’re a longtime resident with a hankering to dive deep into the city’s history and meaning, add these four books to your end-of-summer reading list.

The Year of Dangerous Days: Riots, Refugees, and Cocaine in Miami 1980 (2020)
Today, Miami, Florida, famed for its blue skies and bikinis, is already one of the most popular vacation spots, with nearly 10 million tourists visiting annually. But few people have any idea how this unofficial capital of Latin American came to be. Miami 1980 is a fascinating chronicle of a pivotal but forgotten year in American history. With a cast that includes iconic characters such as Jimmy Carter, Fidel Castro, and Janet Reno, this slice of history is brought to vibrant life through intertwining personal stories. At the core, there’s Edna Buchanan, a reporter for the Miami Herald who breaks the story on the wrongful murder of a black man, and the shocking police cover-up; Captain Marshall Frank, the hardboiled homicide detective tasked with investigating the murder; and Mayor Maurice Ferre, the charismatic politician who watches the case, and the city, fall apart. A roller coaster of national politics and international diplomacy, these three figures cross paths and socio-economic lines as their city explodes in one of the worst race riots in American history–as over 120,000 Cuban refugees land on the Miami coast, and as drug cartels flood the city with cocaine and infiltrate all levels of law enforcement and government. In a battle of wills, Buchanan has to keep up with the 150% murder rate increase; Captain Frank has to scrub and rebuild his police department; and Mayor Ferre must find a way to reconstruct his smoldering city. Against all odds, they persevere, and a stronger, more vibrant Miami is born. But the new Miami–literally built on corruption and drug money–will have severe ramifications for the rest of the country. Deeply researched and covering many timely issues including police brutality, immigration, and the drug crisis, Miami 1980 is both a clarion call and a creation story of one of America’s most iconic cities.

Miami by Joan Didion (1987)
It is where Fidel Castro raised money to overthrow Batista and where two generations of Castro’s enemies have raised armies to overthrow him, so far without success. It is where the bitter opera of Cuban exile intersects with the cynicism of U.S. foreign policy. It is a city whose skyrocketing murder rate is fueled by the cocaine trade, racial discontent, and an undeclared war on the island ninety miles to the south.

As Didion follows Miami’s drift into a Third World capital, she also locates its position in the secret history of the Cold War, from the Bay of Pigs to the Reagan doctrine and from the Kennedy assassination to the Watergate break-in. Miami is not just a portrait of a city, but a masterly study of immigration and exile, passion, hypocrisy, and political violence.

Birds of Paradise by Diana Abu-Jaber (2011)
At thirteen, Felice Muir ran away from home to punish herself for some horrible thing she had done—leaving a hole in the hearts of her pastry-chef mother, her real estate attorney father, and her foodie-entrepreneurial brother. After five years of scrounging for food, drugs, and shelter on Miami Beach, Felice is now turning eighteen, and she and the family she left behind must reckon with the consequences of her actions—and make life-affirming choices about what matters to them most, now and in the future.

Back to Blood Tom Wolfe (2012)
Based on the same sort of detailed, on-scene, high-energy reporting that powered Tom Wolfe’s previous bestselling novels, Back to Blood is another brilliant, spot-on, scrupulous, and often hilarious reckoning with our times. 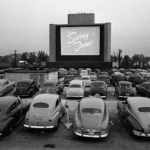 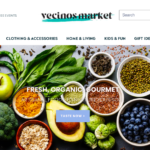