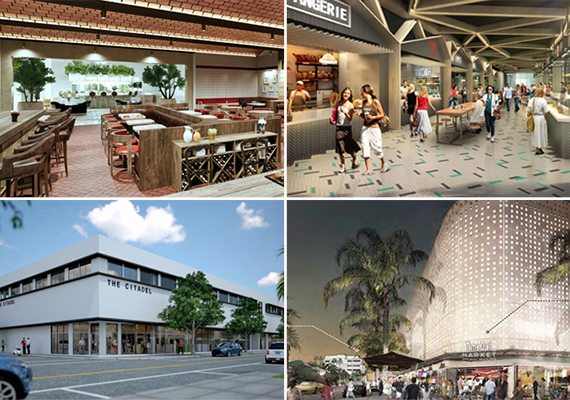 There’s a food hall commotion stirring up around the nation, and developers in Miami are joining the movement.

Already a number of food halls are planned to pop up around Miami. Those in the works include Brickell City Centre’s three-story Italian food hall, La Centrale, a 40,000-square-foot food hall, located at the northeast end of the shops. The retail component, developed with Swire Properties, Simon Property Group and Whitman Family Development, is part of the $1.05 billion, mixed-use development that also includes residential, hotel and office components. La Centrale is set to open in December.

The Citadel is another food hall planned in the Little Haiti/Little River neighborhood of Miami. Tenants include the River Seafood Oyster Bar, Green G Juice Bar and Taquiza. Developers Thomas Conway and Nicholas Hamann plan to open the Citadel, a roughly 60,000-square-foot space at 8300 Northeast Second Avenue, in the winter.

The Lincoln Eatery, at 723 North Lincoln Lane, will be on the ground floor of the new Marshalls building just off of Lincoln Road, in Miami Beach. Developer Terranova Corp. plans to open the 9,600-square-foot food hall by the summer of 2018.  It will have roughly 16 eateries, juicers and coffee-type tenants, according to Terranova Executive Vice President Mindy McIlroy.
Another food hall in the works include the Time Out Market, a gourmet food hall planned for 1601 Drexel Avenue, on the ground floor of a parking garage built in 2012, just around the corner from Lincoln Road.

Developers have the option to either choose to lease out and operate food hall themselves, or hire professionals in the food industry to manage vendors. Food halls call for about 5,000 square feet to more than 40,000 square feet, according to the Times. Same-store restaurant sales dropped 2.8 percent in July, according to the latest report by TDn2K, which tracks weekly sales from 28,5000 restaurants. [NYT] – Amanda Rabines