The mouthwatering smell of smoke mixed with charcoal lingering in the humid air could only signify one thing — a barbecue. Miami locals know grilling is an international affair. For the rest of the USA, barbecues serve as a representation of American culture, but here in Miami, they also represent Brazilian, Argentine, Haitian, Uruguayan, Cuban, Korean, Jamaican… Well, you get the picture.

It’s safe to say barbecue tradition has been around for thousands of years, giving each culture plenty of time to perfect it and make it its own. And with Independence Day around the corner, grilling is on our minds.

This year, things look a little different. Maybe your party isn’t as big as it was last year and an American asado doesn’t seem worthwhile, or maybe you no longer have access to your favorite grill in the park due to the city’s beach & park closures over the July 4th holiday. Not to worry. There are plenty of places you can order from, continuing the July 4th tradition in your own unique style en casa!

To name a few:

Consider packing your take out in a cooler and heading to Biscayne Park, the only site in Miami where fireworks are still scheduled to take place. If fireworks from your car isn’t appealing, stream them online! 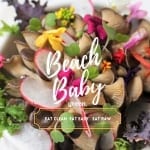 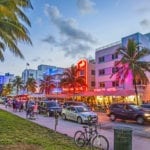 Is South Beach Getting a Makeover?
Scroll to top