Are you over the hustle and bustle of actually living in the city, but not quite ready to give up easy access to its charm? The suburbs surrounding Miami provide many perks, including tight-knit community feels, water-access, great restaurants and tropical atmospheres. While there are many suburbs to choose from, here is Part 4 of Miami’s 5 best neighborhoods for singles and families alike.

Miami Shores is a dreamy neighborhood, Golden Girls-esque on the northern edge of Miami. Young families love Miami Shores for its activities, community feel, safety and downtown strip. It even has its own police force! There is a golf course and country club, and access to the commercial shops of North Miami Beach is quick and easy. Part manicured and part jungle, the population is as diverse as they come. Considered the “Brooklyn” of Miami, it’s an especially easy place to live for couples with young children. Watch out for the peacocks who like to peruse people’s backyards on occasion!

Miami Shores Country Club: Play a round on a championship golf course at Miami Shores Country Club. Follow it up with lunch or dinner with your friends at the clubhouse where you can choose from 28 different beers or an array of scotches. If you aren’t quite at championship level, sign up for one of many clinics or simply opt for tennis instead. This is a beautiful facility that caters wholeheartedly to its prime activity.

Ancient Spanish Monastery: While this isn’t technically located in Miami Shores, it’s a stone’s throw away by car. Despite its short distance on a map, the Spanish Monastery will transport you far, far away to the medieval land of Segovia, Spain. It was built over an 8-year period, starting in 1133. For 700 years it was the home of Spanish Monks until the cloisters were sold and converted into a stable. By the 1920s, William Randolph Hearst found it, bought it, dismantled it, and sent it to the USA where it remained in a Brooklyn Warehouse until two Miami businessmen relocated it to North Miami Beach. And there it stands, to this day, for tourists to spend a delightful afternoon in peace. 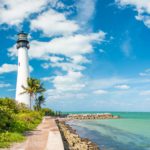 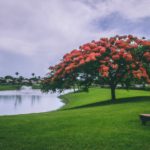