Is Miami becoming a legitimate hub for cryptocurrency? Mayor Suarez seems to think so. A vocal advocate for all things tech, Suarez has been enticing IT enthusiasts to the city since his famous “How can I help?” tweet. On December 4, 2020, Mayor Suarez positively responded to the suggestion that Silicon Valley move to Miami. Since then, Miami has pushed its way to the front of the tech line. Not to mention, MindBody recently named Miami the country’s happiest city, so t’s no wonder much of Silicon Valley took Suarez up on his offer.

With the influx of technology-related businesses newly calling Miami home, it is only natural that the city move in the direction of the most techy trend of all – cryptocurrency. Miami Heat’s very own arena, now known as FTX, is the first digital currency platform to sponsor a sports arena in the country.

While Suarez’s attempts to woo the mining industry fell flat, that didn’t stop him from promoting MiamiCoin. MiamiCoin is the city’s very own digital currency that will potentially grow the city’s treasury and offset local taxes. It may even serve as pay for city employees, a plan that city government is currently developing. Suarez is ready to be paid in Bitcoin himself to prove his enthusiasm.

Does this mean Miami is the city of the future? It’s worth sticking around to find out.

Need a Laugh? Where to Watch a Good Comedy Show in Miami 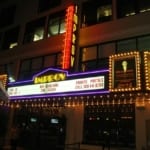 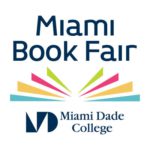 What is the Miami Book Fair? Here’s Why You Should Go.
Scroll to top